Our creative team of editors, producers, colorists, sound mixers, and directors has just passed a major milestone in the entertainment industry. Trailblazer Studios recently delivered its 1,000th show. Over the last decade, we have finished and shipped over 1,000 episodes, films, and documentaries to networks like TLC, DIY, Discovery, HGTV, HBO, National Geographic, and PBS. That’s not counting the countless commercials, radio spots, and digital content produced in house by our team of creative professionals and brought to us by our incredible clients.

Amongst these deliverables have been many award-winning projects. Our medical docu-series TWICE BORN Stories From The Special Delivery Unit has been nominated at this year’s News & Documentary Emmy Awards in the Health & Medicine Category. Many shows for which we’ve done post-production work have also been nominated or awarded a myriad of accolades at the Emmys, Peabody Awards, and Sundance.

Trailblazer Studios is an award-winning production, post, and sound facility based in Raleigh, N.C., with two of the area’s largest sound stages. Since 2001, the company has created meaningful, compelling, and entertaining content for TV, film, and advertising. Trailblazer Studios has delivered more than 1,000 TV episodes for networks like HGTV, Discovery, TLC, DIY, and PBS, as well as numerous commercials and digital content for companies including Sony, ESPN, PEP Boys, Food Lion, Home Depot and Travelocity. www.TrailblazerStudios.com 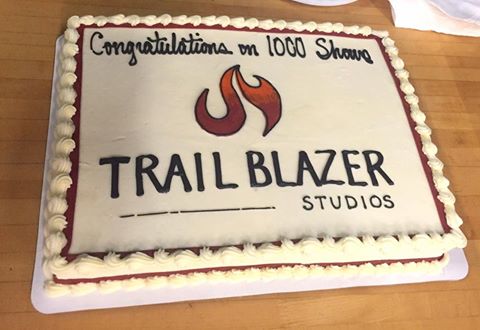